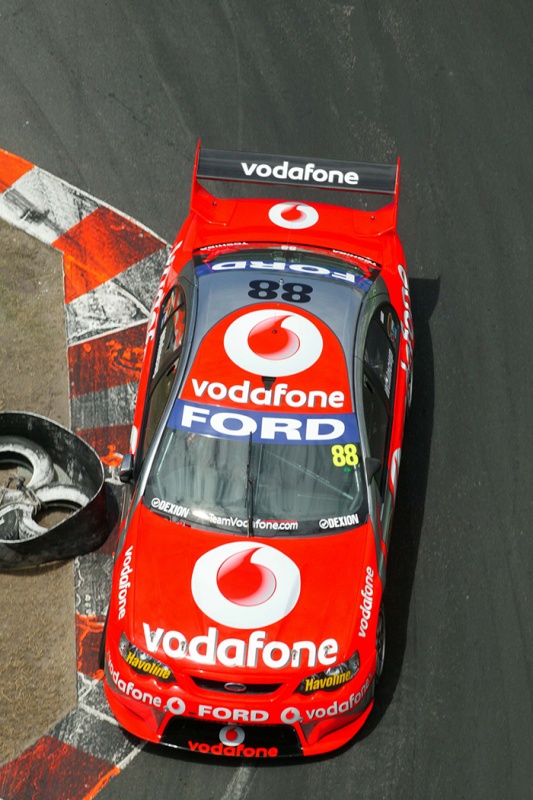 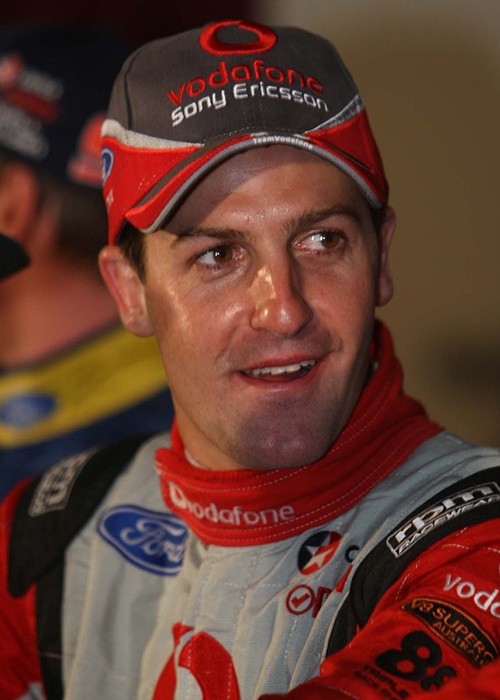 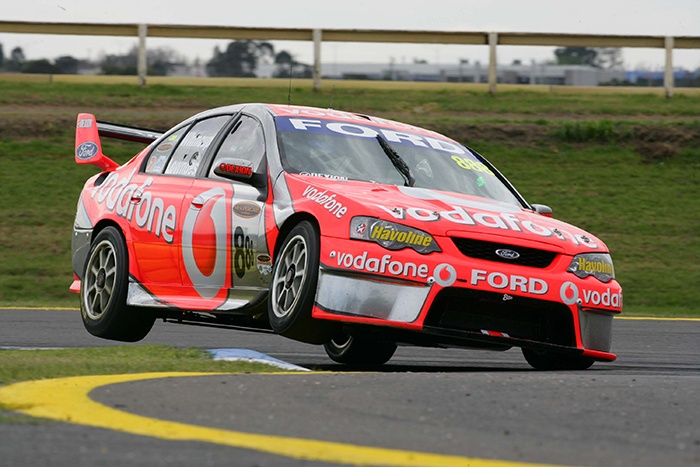 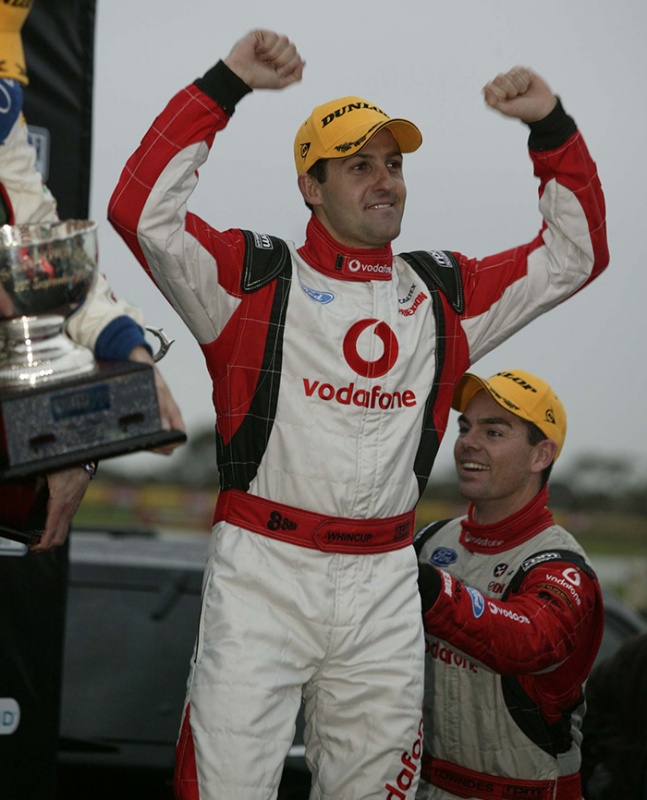 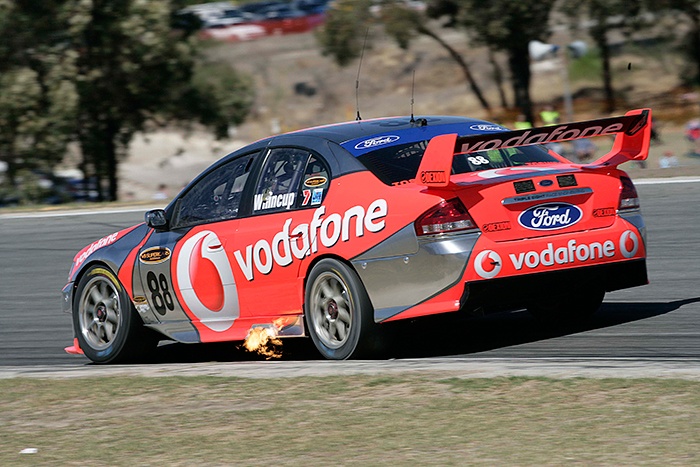 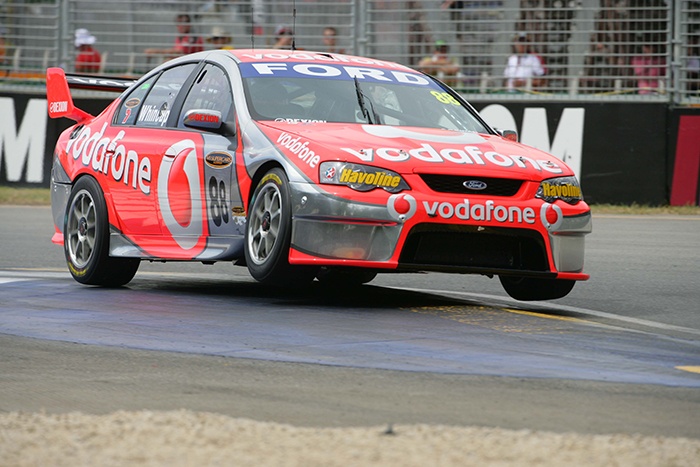 In 2007, Whincup returned to the re-branded TeamVodafone and celebrated several victories including a second Bathurst 1000 title alongside team-mate Craig Lowndes. Whincup finished second in the driver's title by a mere two points to Garth Tander. In 2007, Whincup began a mentoring role as part of TeamVodafone's Junior Development Program, and as a co-ambassador for Formula Ford Australia alongside Will Davison. His first round win for 2007, at a water-logged Winton, was the first round win for the year by a Ford driver. He celebrated both his 50th V8 Supercar Championship start and his inaugural pole position at Triple Eight Race Engineering's test track, Queensland Raceway. At the 2007 V8 Supercar Gala Awards Dinner at the completion of the 2007 season, Whincup was awarded the Barry Sheene Medal, deemed to be the "Best and Fairest" award for V8 Supercars. 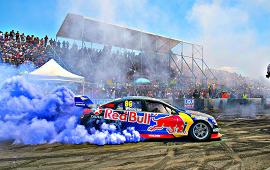 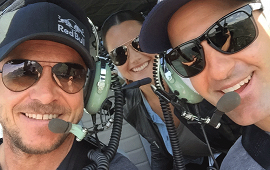 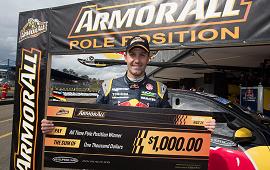 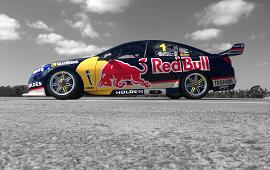 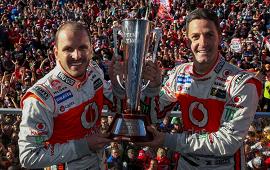 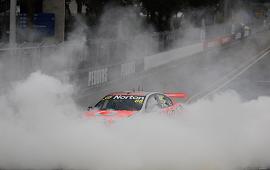 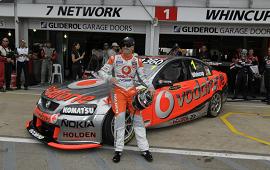 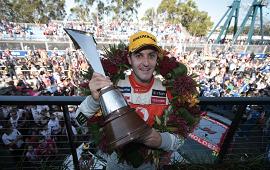 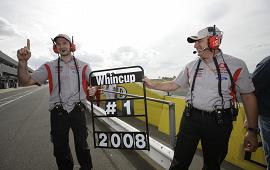 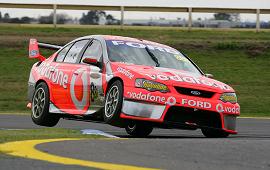 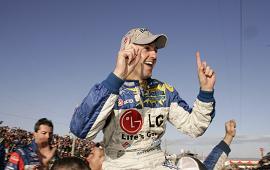 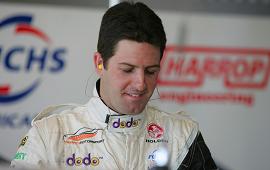 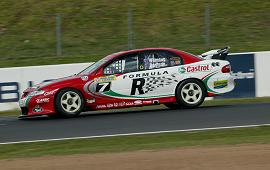 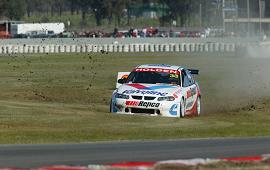 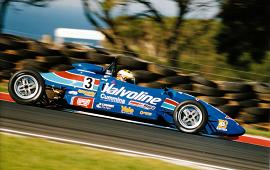 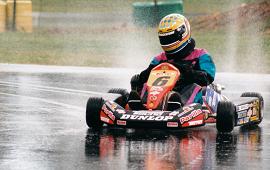